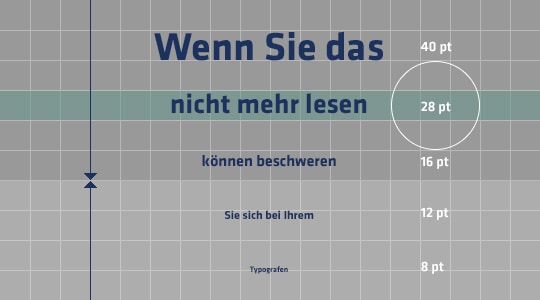 For TV applications, the choice of the right font is crucial for the quality of the user interface. Good legibility, a contemporary appearance and, if necessary, brand recognition should be the requirements when choosing a font. But what other requirements does the medium place on the typography?

In principle, fonts with a lot of detail should be avoided. It is recommended to browse the Sans-Serif genus and to prefer those fonts with clear, open forms. With an average distance of four meters between the user and the TV screen, individual shapes can become blurred at a distance and visually "converge". The hallmarks, i.e. the letter interiors, are therefore best designed generously. Fonts with the largest possible x-height can ensure this.

In addition, too original single forms should be considered as exclusion criteria - for example, extroverted ascenders and descenders later turn out to be annoying when space becomes tight here and there. Adequate typefaces are no harm, but we should rather use medium and bold- than light type. Again, it is the distance of the user to the TV screen that justifies a bolder cut when in doubt.

In addition to the appropriate font, its layout is of course also important. Thus, the respective font sizes should be carefully selected and not smaller than between 16 and 20 points. The standard reading size may be as small as 28 points. The line spacing is also set generously to avoid annoying slippage in the line of the inclined reader. Keep in mind that on a TV screen, light text on a dark background is generally considered to be more legible.

Font classics in TV use

Following the above guidelines, the Tiresias was developed at that time. Originally designed as a subtitle font for the visually impaired, it is characterized by a high degree of differentiation of the individual letters. This makes it particularly suitable for low resolution devices. Evaluated from an aesthetic point of view, it may have lost a great deal in terms of technical requirements. Steve Matteson, who added to his Mayberry typeface family, also found this to be the case - with a greater sense of aesthetics. Also worth mentioning here is Segoe TV, initially developed for MSNTV specifically for TV applications.

When it comes to corporate design in the TV industry, house fonts are often selected less according to technical requirements and more according to aesthetic aspects. Thus stylistic considerations play a role, for example whether individual forms make visual reference to the screen or whether the basic forms approach the 16:9 format. In earlier days, the Eurostile was often used here (e.g. as the corporate typeface of ProSieben), whose curves resemble a picture tube. Today Klavika is a popular choice, for example Sat.1 and Eurosport use it as their house font. The futuristic Neo Sans, on the other hand, flanks the corporate design of kabel eins.

So you certainly won't go wrong with a sans-serif font that has a generous x-height and fits in well with the brand's appearance. With a well thought-out typographic design, a lot can be saved even with given corporate fonts that do not fit 100% into the TV profile. 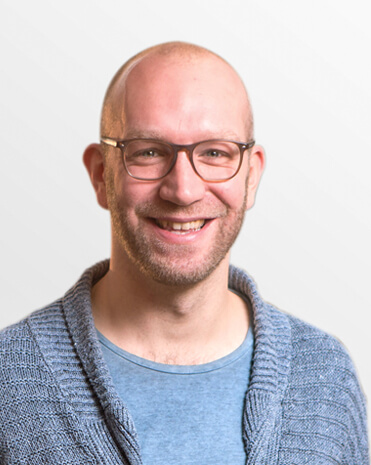