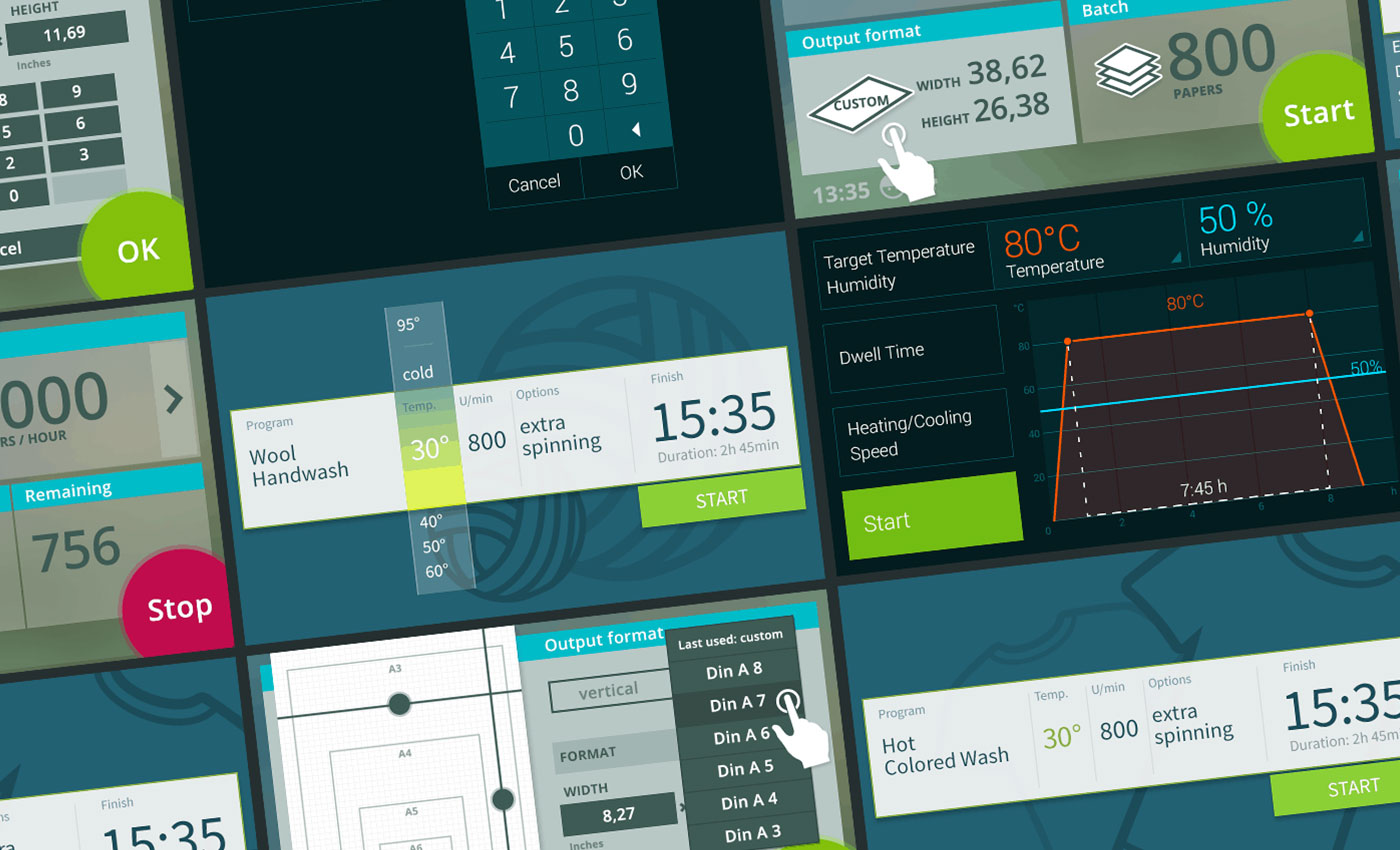 The control of industrial and household appliances is currently undergoing change. Driven by the expectations of users who have become accustomed to iPhone & Co and the intuitive operation that comes with it, manufacturers of industrial and household appliances are also under pressure to integrate touch displays into their devices. This means that many companies that have not been involved in the design and development of touch interfaces so far are suddenly challenged to develop an attractive and easy to use GUI.

We faced this challenge together with their partner TARA Systems, manufacturer of a software tool for the development of embedded graphical user interfaces, and developed a demo application which was presented at the Embedded World 2015. The demo includes GUIs for three different devices: a washing machine, an industrial cutting machine and a climate cabinet.

The goal was to demonstrate that attractive, easy-to-use user interfaces with a strong character and elegant, high-performance animations need not be reserved for consumer electronics.

In the beginning we collected requirements from real users, but also from manufacturers. Technical framework conditions also had to be considered.

The display should be readable from a greater distance despite the relatively small display size (7 inches). The displays used in our case had a maximum resolution of 800×480 pixels (and less) and the maximum number of colors was sometimes limited to 256.

The individual applications are characterized by high usability and intuitive use, since the operation of machines must be easy to learn even in an industrial environment. They are characterized by extremely flat hierarchies, whereby the animated transitions between dashboard and detail views guide the user and at the same time illustrate the concept of the user interface in motion by simulating a kind of physical space. The user thus always knows where he is and how to get back to the previous state.

The animations are subtle and carefully applied so that the user can focus his attention completely on the task at hand. They are based on familiar patterns from smartphone and tablet apps, but are optimized for the application and bring the user interface to life, making it fun to use. But they also create a professional impression, which inspires confidence in the user to operate the device.

In the design, the challenge was to take into account the technical limitations, which required the use of large, easily readable fonts and did not allow for transparency and gradients.

Nevertheless, our claim was that, in addition to functionality, character and visual appeal should also be expressed, which is also an important way of differentiating ourselves from the competition in the industrial environment, as the feedback at the trade fair also showed us.

The demo application was presented at Embedded World 2015 on a total of four booths of hardware and software manufacturers and distributors: Emtrion Embedded Systems, Garz&Fricke, Mentor Graphics and Euros Embedded Systems. 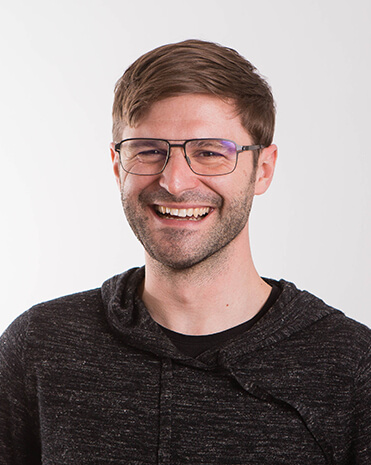