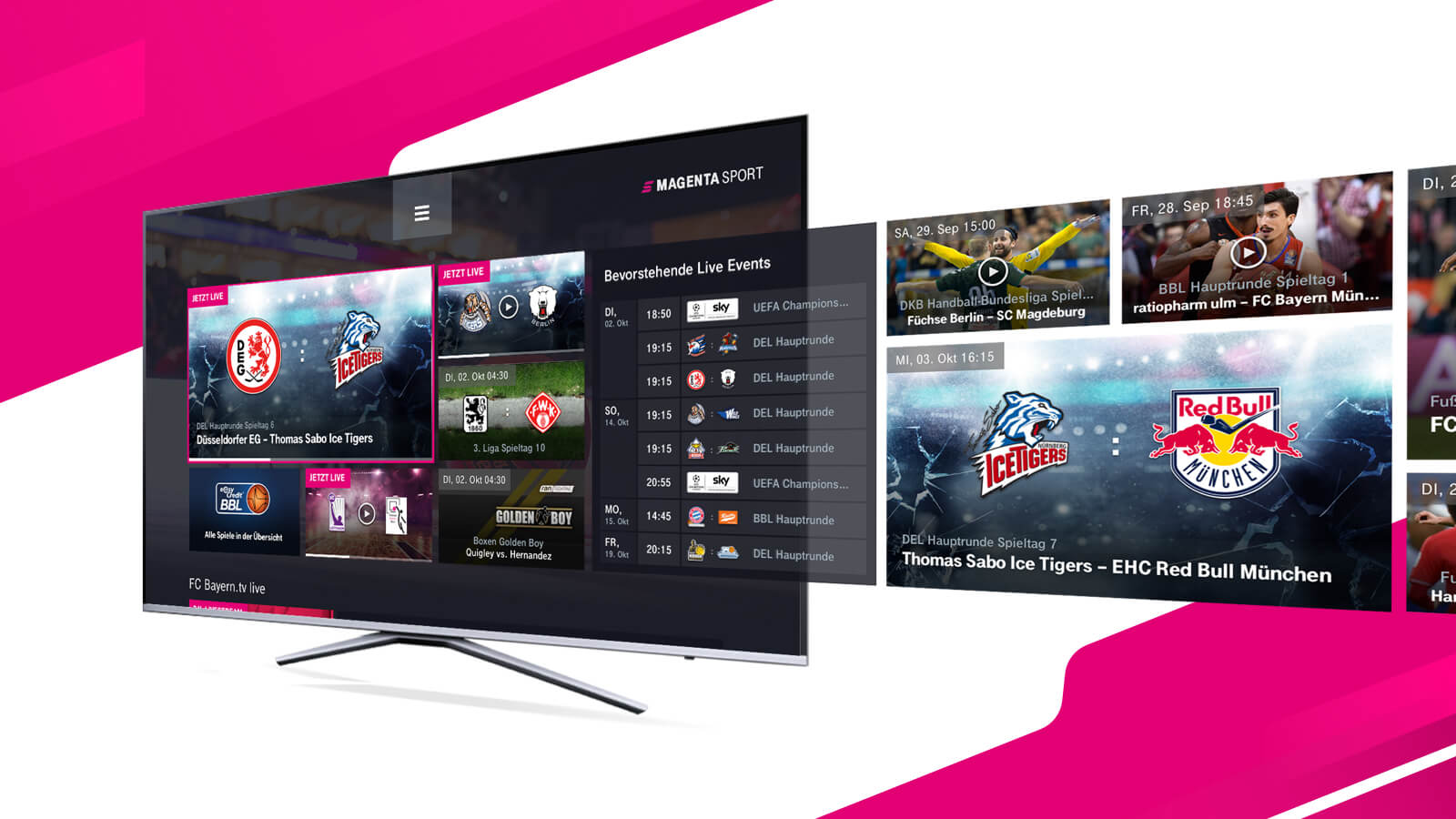 TV and entertainment users now consume content on a wide variety of devices, in different contexts and less and less linearly. Influenced by Netflix, Amazon, Facebook and co., the demands on function and experience have increased significantly.Our client, a large international telecommunications company, specialises in sports content. It distributes this via IP to mobile devices, set-top boxes, streaming devices, smart TVs and via the web. The aim was to improve the user experience on the big screen (TV) in particular, as this is the most important end device for the transmission of live sport. We planned to free users from the same old "Netflix shows" and at the same time perfectly link archive and live content. And all this in only five months and with a much smaller budget and team than is available at Netflix and Amazon.

In an internal design sprint, we developed the concept of the live feed. Together with the technical development team, we transformed this concept into a prototype and tested it with users. In the end, everyone was very happy with the project. The test persons were enthusiastic about the concept idea and our client was also satisfied that the project was implemented on time and within budget.

According to the needs

First, we reviewed our own existing app and analysed competing sports TV apps. In addition, we conducted context interviews with users to get to know their needs better. Two core needs quickly emerged: On the one hand, people want individually tailored access so that they don't miss any events that are relevant to them. And secondly, they want more information about the sports that really interest them. 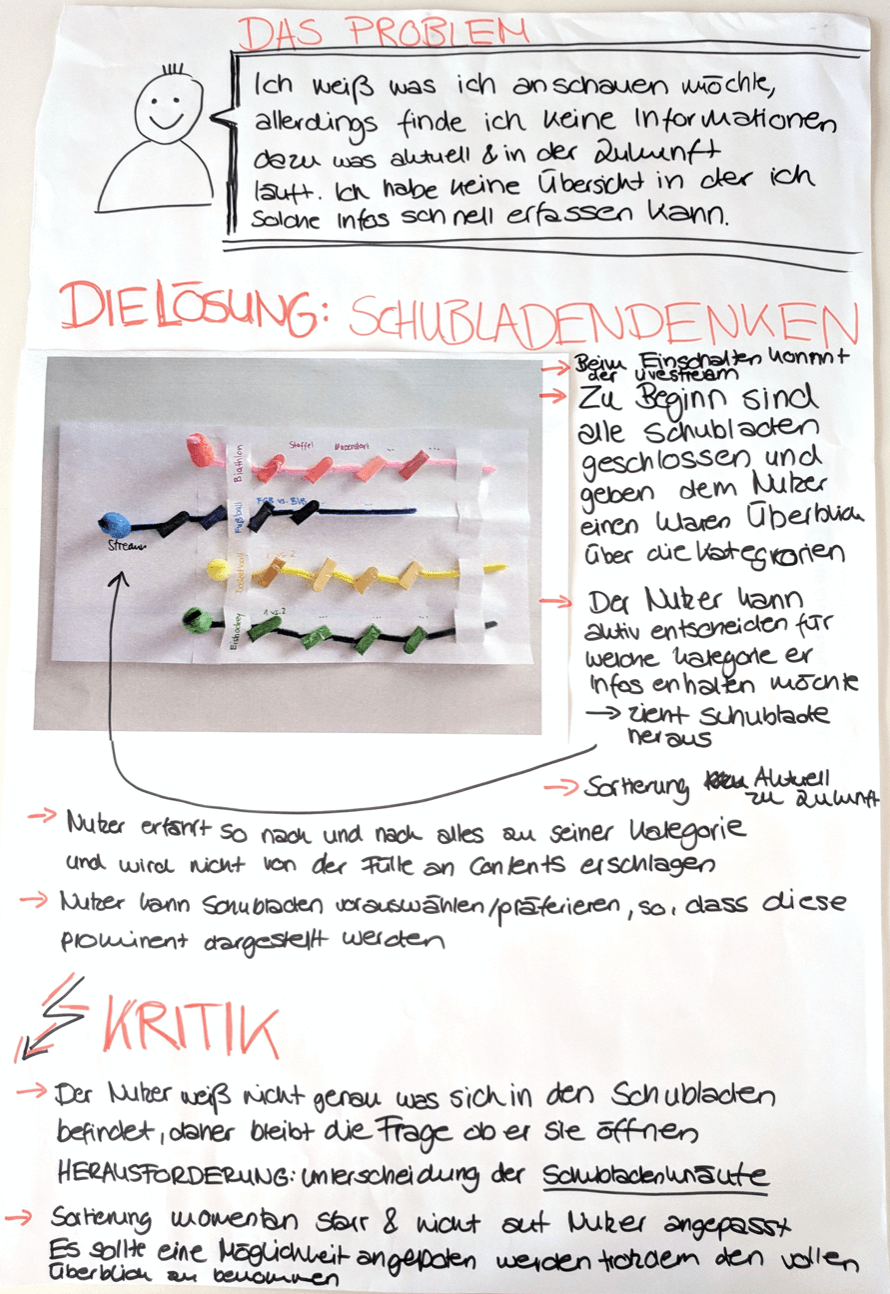 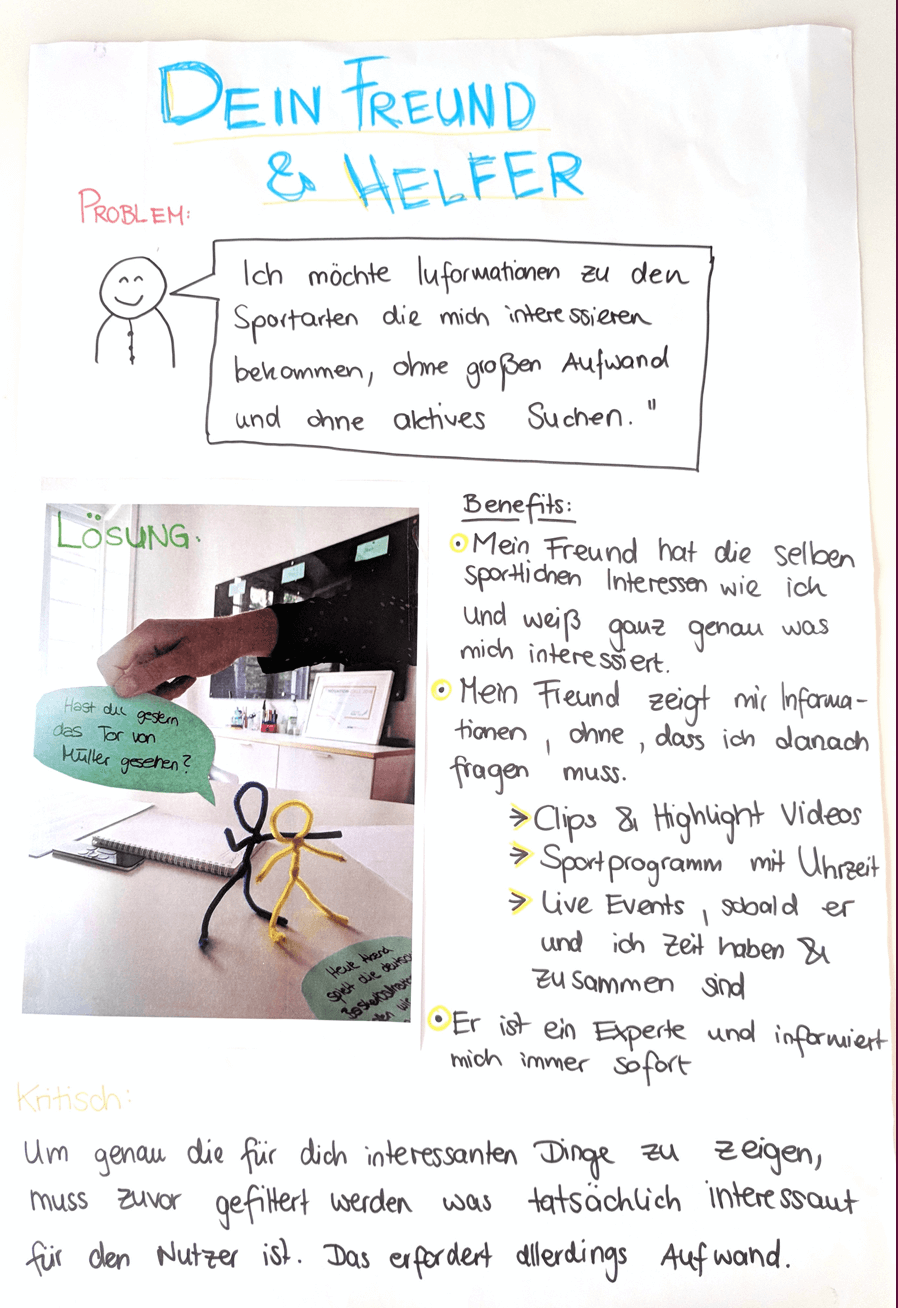 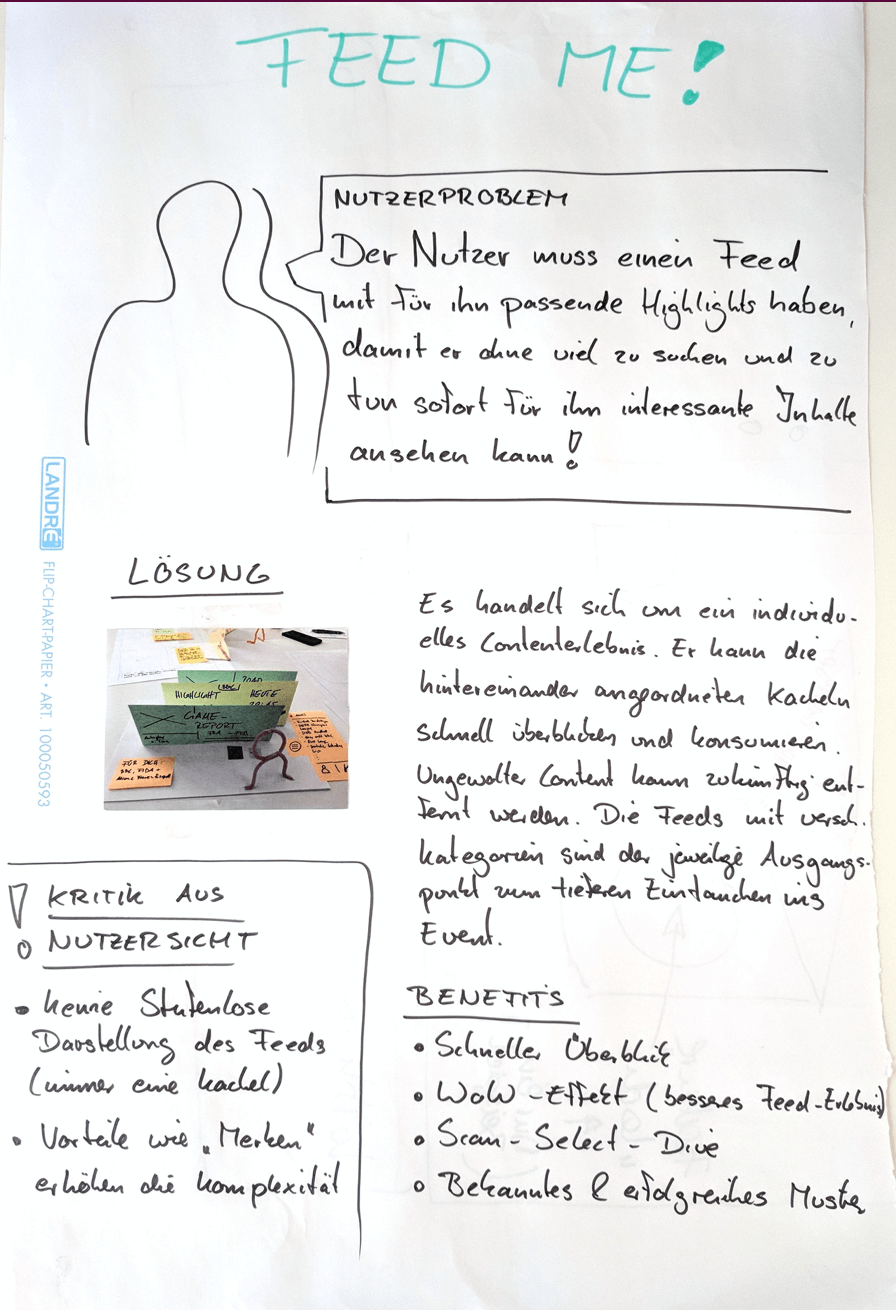 Based on these needs, the concept of the live feed was developed in an internal design sprint. In this feed, users see precisely tailored content depending on their preferences - ideally even in so-called live tiles. These draw the user directly into the current sporting event.

With the support of the development team, we created a prototype that we could test with users. The test took place directly on a TV set with remote control. We processed the results in UX work packages that matched the sprint mechanics. A two-week lead time for the UX team vis-à-vis the development team proved its worth here.

In the end, two apps were created with the value proposition: personal, gripping, fulminant.

The apps are individually tailored to the user through a personal content feed, an onboarding process with selection of sports as well as teams and a view for "My Live Events". Prominently placed live events and direct playback on focus captivate the people in front of the screen. The whole thing is rounded off by a brilliant, visually stunning and varied production. 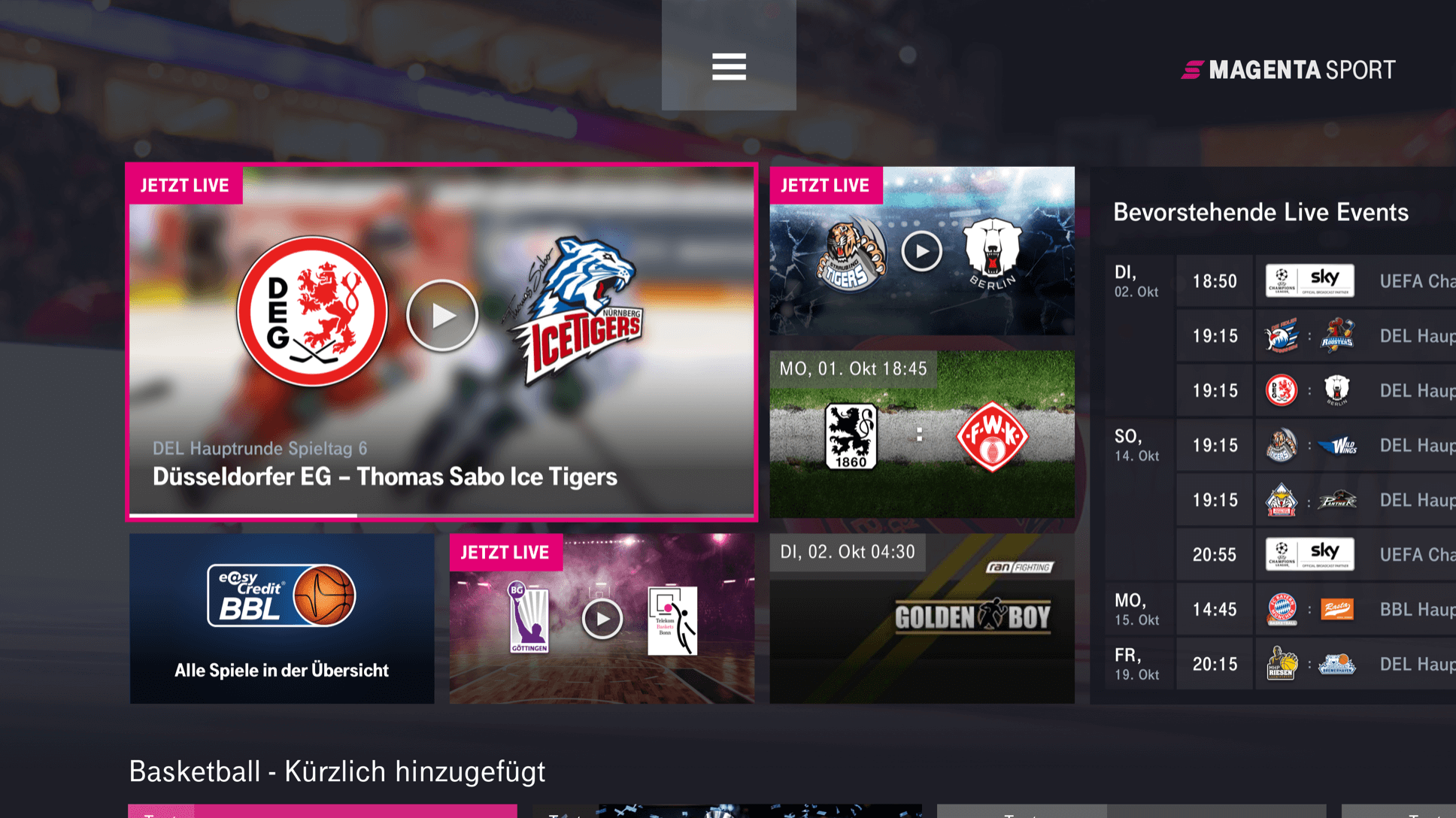 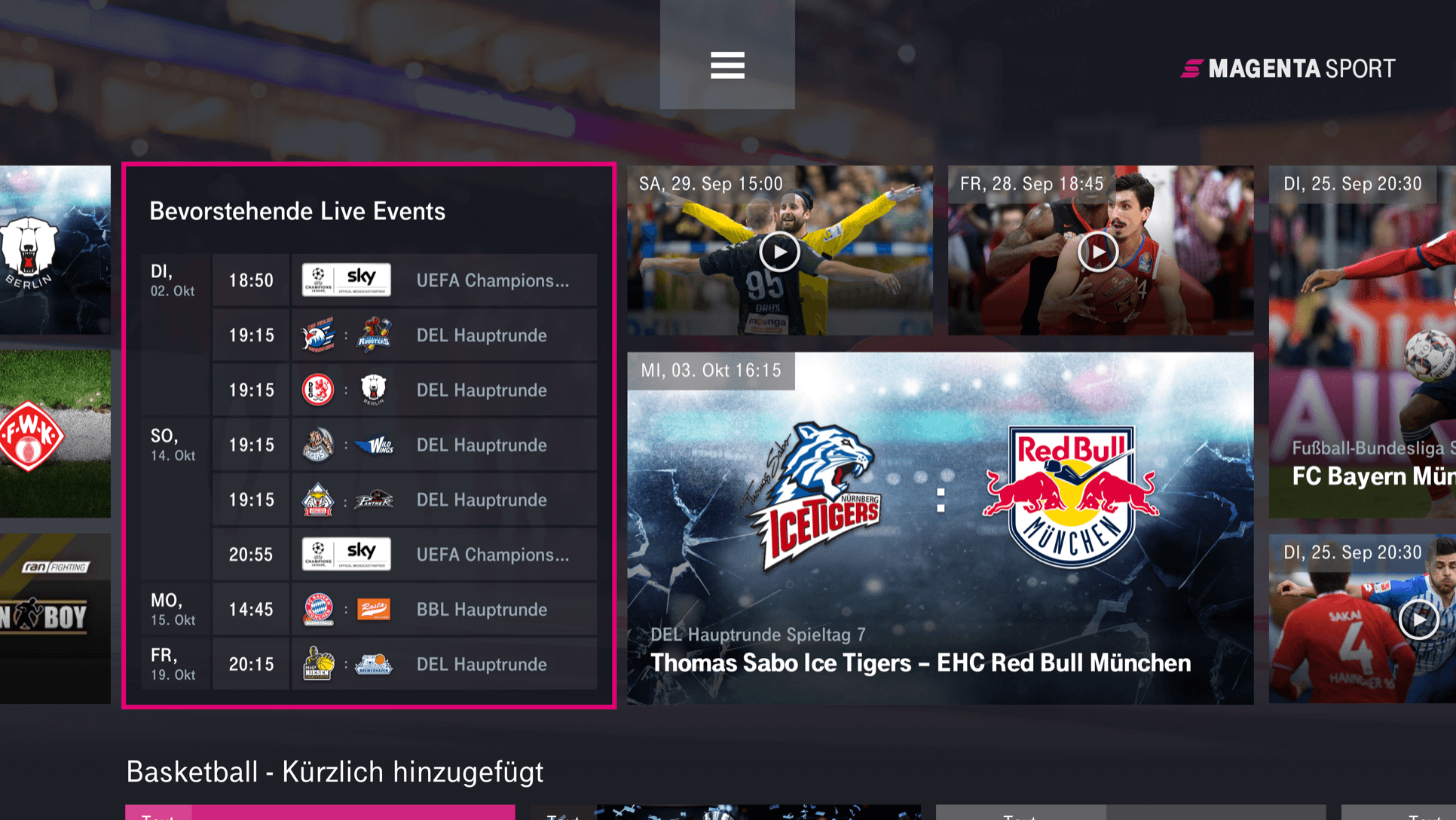 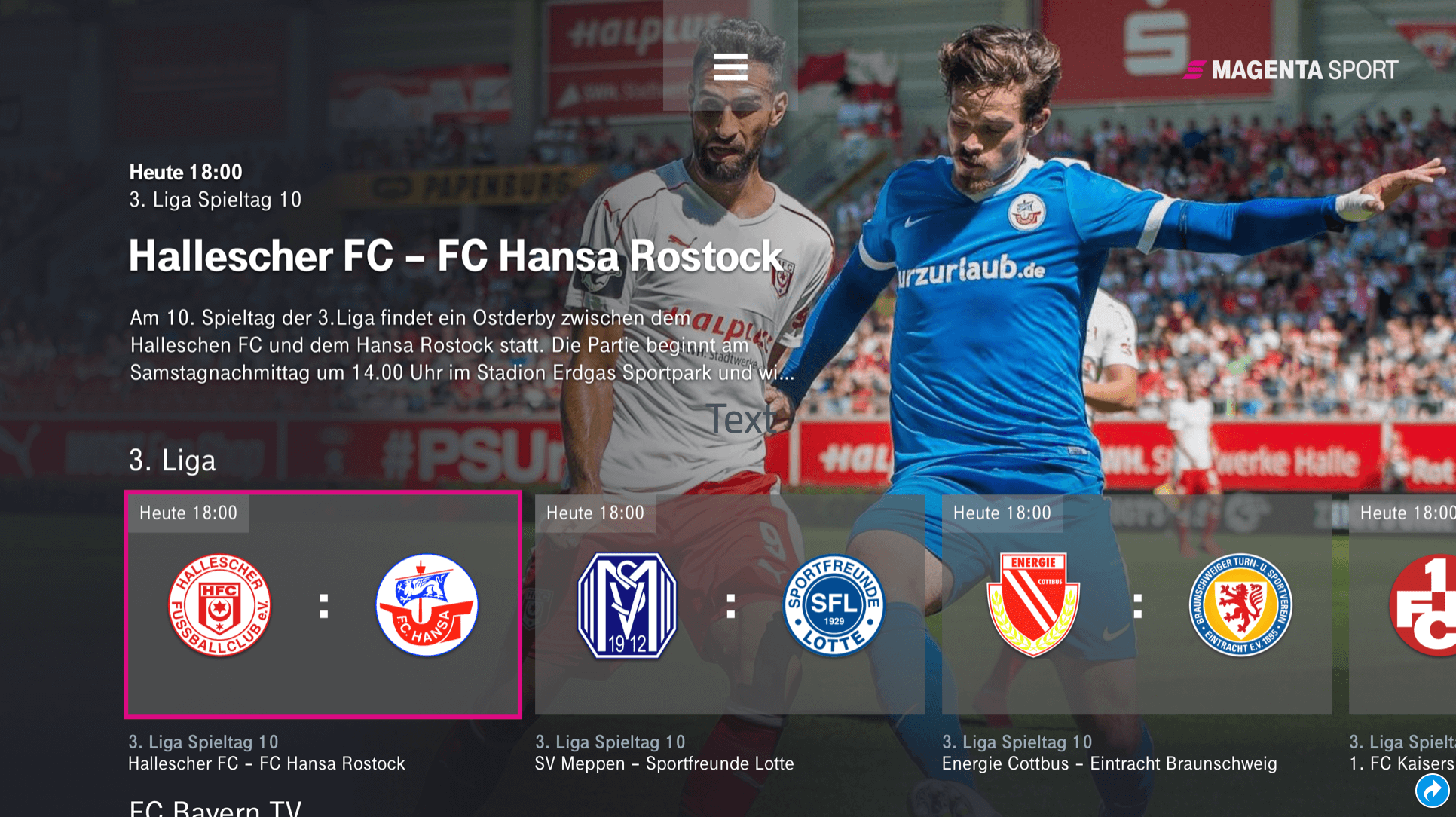